I just returned from covering the Club Evinrude 2017 launch of their new Evinrude G2 outboard engine lineup.  This event was massive in every way imaginable, so making sure I was equipped to shoot high quality photos and video was crucial.  I had some decisions to make.

For the past ten years, I have been using my old reliable Nikon D50 DSLR. And while this camera is very old and only 6.1 megapixels, it’s small, lightweight, and most importantly, its high-ISO performance is fantastic, even by today’s standards.  Being only 6.1 megapixels helps here, since the image sensor photosites on the camera sensor are much larger than say, a 20 megapixel camera.  Larger photosites can gather more light and this is what makes this old camera such a stellar low-light performer. 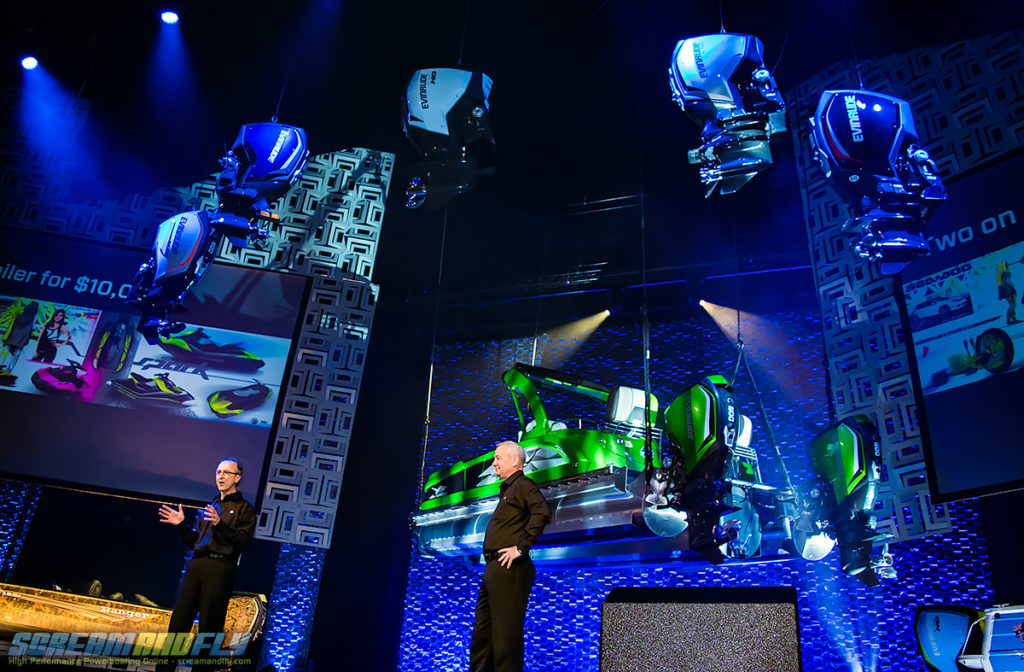 The Nikon D5300’s high-ISO capability permits worry-free shooting in even the most challenging situations.

But nowadays, technology has brought us cameras with DX-size sensors at over 20 megapixels that offer high ISO performance that is virtually on par with full-frame sensor cameras.  It seems impossible, yet it’s true.   That in itself got me thinking that I need to consider using a new camera for events, but there was another side to the matter – video.

Almost all cameras today shoot HD video, and many television broadcasts are shot on DSLRs rather than dedicated movie cameras.  Why?  Because even the most inexpensive DSLR will have a comparably large sensor, which offers incredible video quality and fantastic low-light shooting ability.  Further, the increased control over depth-of-field gives cinematographers the option to frame shots that can really focus on the subject by shooting at larger aperture settings.  Finally, the ability to use so many different lenses – many of which are quite inexpensive – truly provides a device capable of shooting the incredible video for much less than could have been imagined until recently. 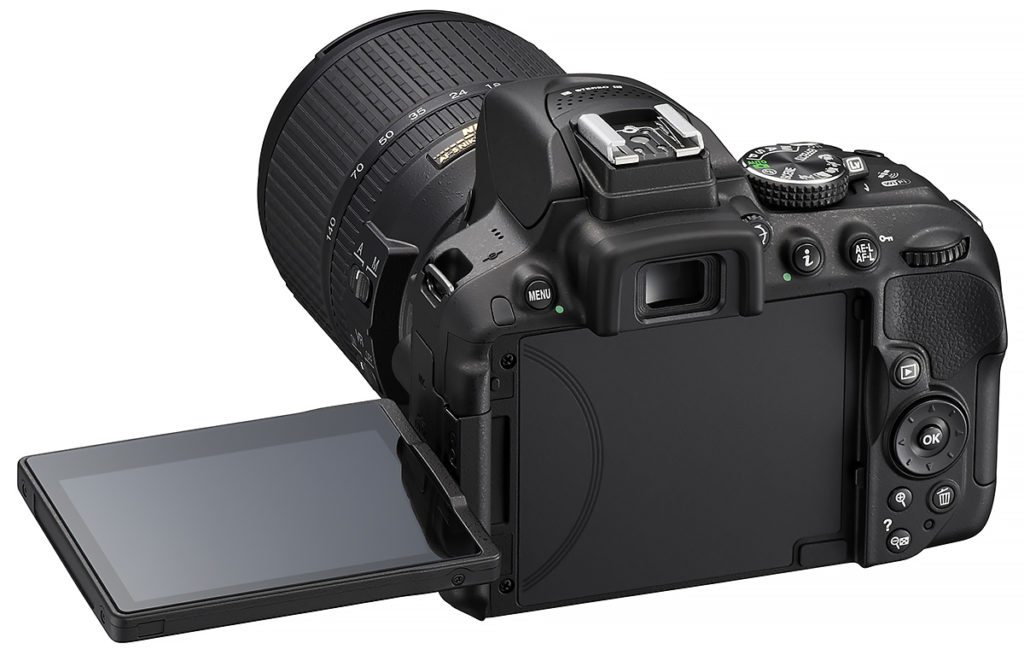 The D5300’s articulating screen which is especially useful for framing high and low shots.

I wanted a small DSLR camera body that could easily shoot video, which instantly presents a multitude of options.  After some research, I chose the Nikon D5300.  Here’s why: 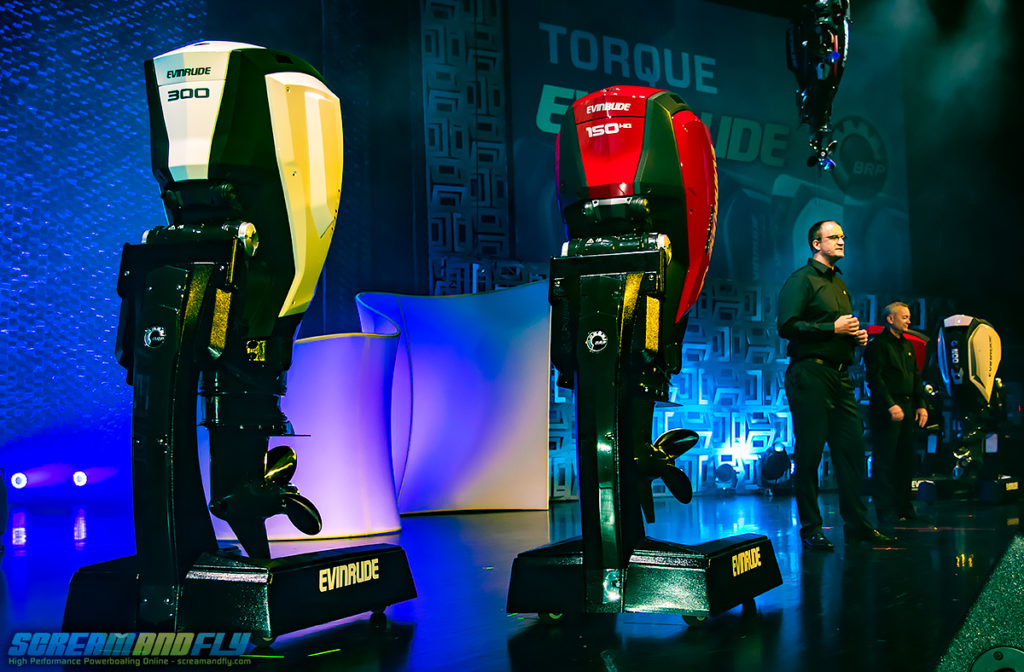 The D5300 is a fast, stunning performer in every aspect. It’s nearly a pro-capable body disguised as a consumer-level camera.

There are many tests of this camera online, so I won’t wear you down with all the technical details.  What concerns most of us is simply how the camera performs, and in the case of my situation, phenomenal.

The D5300’s images are extremely sharp, partly thanks to the lack of a low-pass filter, but also because the included plastic lens punches so far above its weight.  The images this camera produces at any ISO are on par or better than any DX camera in existence today at any price point, and it will match many full-frame cameras. That is no exaggeration.

I shot images in a dark, concert-like setting, complete with colored lighting, fog machines, and bright spotlights.  The D5300’s metering and white balance performance are among the best I’ve seen; certainly better than my old Nikon D300.  Dynamic range is stellar, and most importantly for me at that particular event, shooting with no flash at ISO 3200 produced extremely clear and sharp images with great color saturation.  The luminance noise is more grain-like, with very little digital color noise. This has always been a staple of Nikon cameras, and image noise at high-ISOs is quite pleasing in many situations, resembling film grain.   This type of fine film’like grain is very easy to remove, if desired.  A quick pass with Topaz DeNoise on a very low setting removed that noise without smudging any details – but this step was purely optional.

The autofocus was very fast and precise with the small kit lens, and its VR vibration reduction system was especially useful in the dark auditorium.  Lens distortion was very minimal at all focal lengths, and vignetting and chromatic aberration was not an issue at all.  Considering this lens is an inexpensive and lightweight plastic kit lens, I have no desire to replace it for this particular purpose. 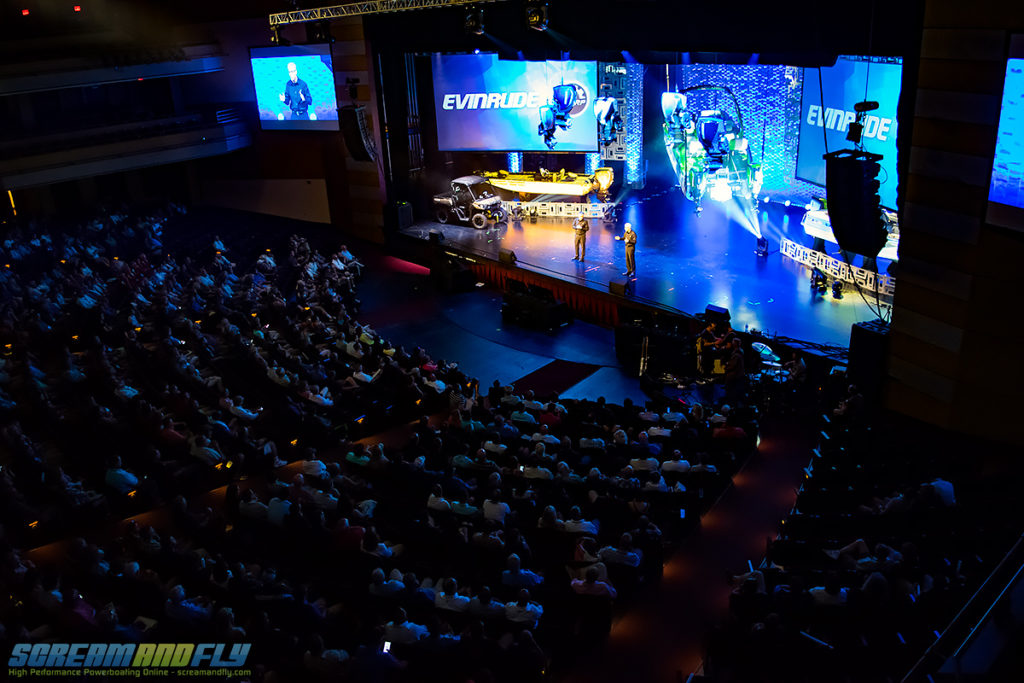 I shot video with this camera as well, and the results were, as expected, fantastic.  The low-light scenes shot were virtually noise-free and wonderfully sharp.  But this is not a GoPro, and you should not expect to use it as such.  GoPros and similar “action cams” use a fixed-focus lens, and this means they do not perform any focusing at all.  The D5300 (and any DSLR) will either have to be focused manually, semi-manually, or on a fully-automatic setting.  The downside here is that unless you are using an external microphone, the camera itself will most likely pick up the sound of the focus motor, which you will hear in the video in more quiet sequences.  Generally, it is best not to keep the camera’s autofocus constantly active while shooting video unless you are shooting action or sports scenes that require it and even then, it’s not very fast.  Remember that in live-view mode, the camera uses a contrast-detection system of autofocus, which is generally slower and less precise than phase detection, which makes use of a dedicated autofocus sensor below the mirror box.  I found the articulating screen to be especially useful in a variety of situations – both shooting photos and video.  That feature in itself tremendous in some situations.

As an all-in-one solution that is small, lightweight, and fully capable of professional results, the Nikon D5300 is a great solution.  It’s more capable than the D3300, yet not as expensive as the D5500.  The D5300 sits very comfortably in a spot that offers the most useful features and spectacular image quality at an unbelievable price.  Pair this camera with a pro-grade lens and it will produce images nearly as good as the $5500 Nikon D5.  That’s a fact.  I would have no feelings of hesitation at all if I were to take this camera into any shoot, whether it’s challenging light conditions or sport events.  None whatsoever.  I would however, use very good lenses.

I will continually post updates on how this, and other cameras are performing in the course of my work.  I just purchased the long-awaited Nikon D500, which is eagerly waiting its first event trial.  But my initial impressions of this camera are highly favorable, so stay tuned.  It’s going to be a great summer!